No Risk, No Reward

The opening night was awash with wealthy investors and collectors with designer bags blending with scrappy graffiti artists with blunts, black books and neck tattoos. The work wasn't displayed in an impressive fashion, but the works by Risk, Seen, Sel and others were so well thought out that they didn't need fancy presentation. A backyard area housed hundreds of hungry art fans in what would turn out to be one of the greatest parties of the year. 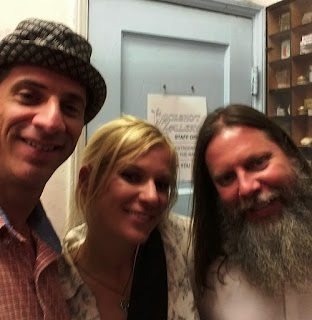 Themes of the skulls ranged from pop art to metaphysics and beyond. For being an art gallery in Santa Monica, it was quite a lively show. By 3 am, the collectors had Seen and Risk tag their wives' and girlfriends' Gucci and Luis Vuitton purses with spraypaint tags. The whiskey and wine were flowing and the party at Risk's new gallery opening literally raged until dawn. Every type of high-end libation was sitting on the bar, but by 4 am everyone was just thirsting for water. 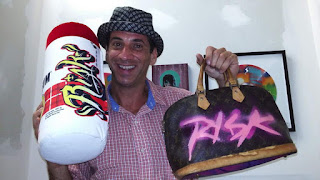 Plasma gets his girlfriend's Luis tagged

Security and bartenders retired for the evening, and the beanbags in the backyard graffiti wall section of the gallery served as a tent area where people passed out for the night. What began as hundreds of hoodrats, hipsters and wealthy collectors, the most bizarre mix ever, filtered down into dozens, a tribe of sorts...

There were no longer cultural or socioeconomic distinctions, those who had partied too hard at Risk's opening and passed out on the massive beanbags in the back were one tribe, one clan, one people, some were in business suits, some in shorts and t-shirts, seemingly unbathed for days....it felt surreal, apocalyptic, like we were... the last dozen real humans left... and being that we were in fact in Santa Monica, this well may have been the case. 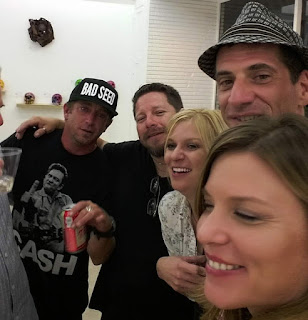 Risk popped his head out back every 20 minutes to make sure everyone was warm and had water and blankies. With his Jesus hair and beard it was like he appeared to us in the night... and indeed, blessed with his Jesus hair and beard he performed miracles that night a plenty. Lo, How is it that what seemed like one bottle of Gentleman Jack satisfied 300 party goers? Perhaps I just didn't see them replace the bottle but I continue to believe.

How is it that we would all follow this wise man on this night and many of us who brought blackbooks and the women who brought designer handbags got them tagged and blessed? It was all a bizarre teleportation to a summer in high school where money didn't matter nearly as much and time stood still.... 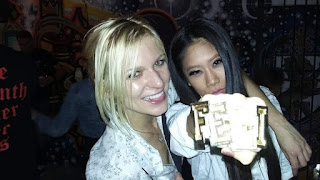 But in truth what was most surreal and the greatest miracle was the work itself and Risk's new presence on the brick-and-mortar gallery scene.

Every month millions in art is sold in Los Angeles. But how many of those artists come from the heart and did it out of love, when they were teenagers like Risk, Sel, Seen and everyone else in the show???

It shows in the work, these works came from the heart, they were a work of uncontrived expression, with the same timeless energy that comes from their
Krylon roots.

If you didn't know better you might think that graffiti and street art are the redheaded stepchild of the contemporary art world. In fact, Risk, Seen and others are being hailed as founders of the only unique contemporary movement in visual art to originate in this country. And it shows. Despite Shepard Fairey's Gallery and events like the art crawl and open studios, the contemporary gallery scene in Los Angeles seems contrived, and commercial, since it is. 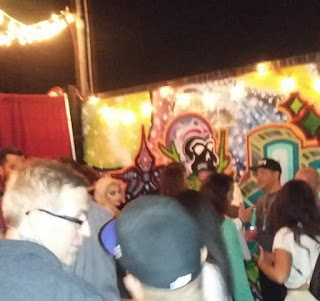 Most people these days would rather discover an amazing piece of street art than go to a gallery or museum to have their mind blown. Both the energy of the works, and the show itself, at BuckShot capture that spontaneous genuine street energy. The show and space and event itself was a work of art, proving that Risk has nothing to prove and that in art and life, he's blind to the status quo and thoroughly dedicated as an artist and a man to his genuine identity. 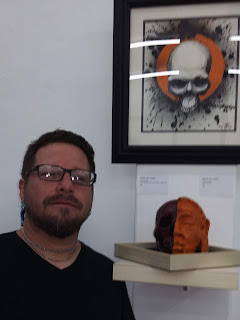