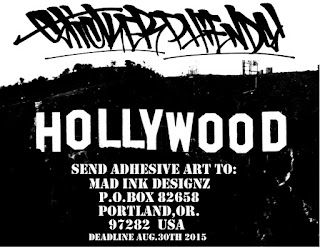 (September 11th,2015) - Street/Gallery artist "Mad One" will team up with Stone Malone Gallery to host the annual "Sticker Phiends", a showcase of local and international adhesive, street and graff artists for yet another round. The show will feature adhesive art and other interactive activities, plenty of sticker giveaways, limited edition prints, merch and other mixed medium works produced by showcasing artists.

There have been several Graffiti/Urban art themed shows throughout the valley and country over the past decade. This is one of a kind for sure; its name explains itself “Sticker Phiends” an array of street/gallery artists throughout the world have come together year after year to make this a must see show.

Mad One, a Portland based street/gallery artist, had the opportunity to lock down local and international artists both established and up and coming. “In the past shows we have had artists ranging from Arizona, New York to Brazil, Spain and beyond". Sticker Phiends is about the adhesive art movement and bringing awareness of stickers and how they have gone from the streets to a modern medium of art being displayed in today’s galleries.

Please send in posters/stickers for our installation piece (no larger than 24x36in.

We would also like to request items to be donated so they could be given out over the course of the opening night like Tee-shirts, sticker packs etc.. If you would like to contribute anything specifically for the merch/sales area please indicate in package and marked accordingly, please communicate in advance (e-mail preferred)

Feel free to spread the word....


Funtastik is a French brand of clothing for children from 3 to 10 years, which is part of an eco-friendly approach. 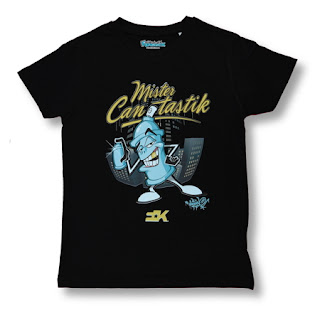 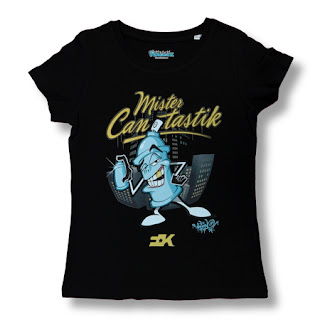 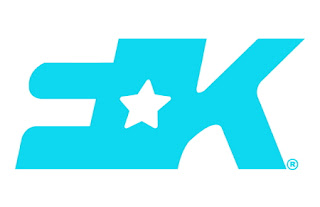 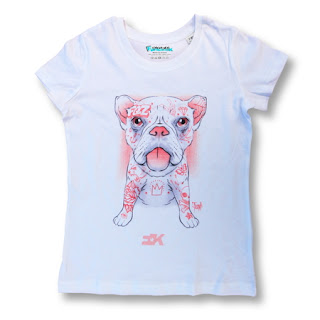 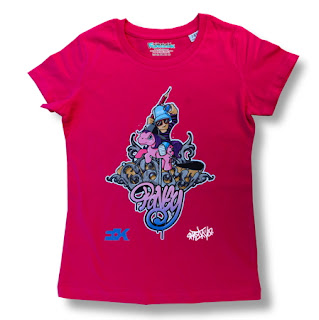 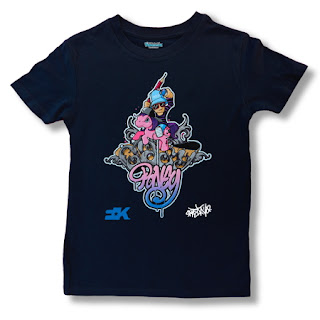 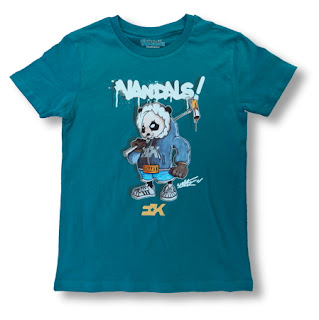 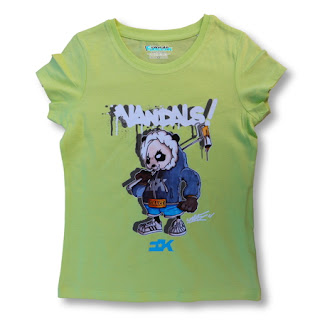 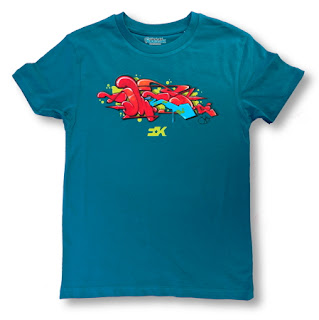 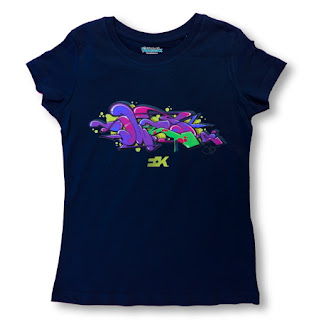 The visual, printed on 100% organic t-shirts are there to give a smile to adults than children.

Concerned about the well-being of funtasti'kids, the brand chose the 100% organic cotton textile by choosing a provider that engages in a genuine commitment to sustainable development and that throughout the supply chain. Affiliated with the FairwearFoundation his supplier holds certifications with the highest standards as GOTS and Oeko-Tex to guarantee the biology of cotton, the absence of toxic substances and the social responsibility of garment manufacturers. Moreover textile impressions are certified Oeko-Tex to guarantee the exemption of harmful substances.

Funtastik also cares for the welfare of children in the world and chose to donate part of its profits to an NGO, Humanium who fight against the violation of children's rights.

Following the launch of its first collection, and in order to bring even more originality, the brand will launch every year a collection "capsule" in collaboration with artists from different backgrounds.

For this first edition, Funtastik is surrounded by renowned graffiti artists: CAN2 (Germany), SWET (Denmark), SNAKE (France), SANE2 (France) and FEZAT (Canada) are associated with the brand in order to offer visuals for our children.
CAN2

"Born in 1970 in Mainz (Germany), Cantwo is a graffiti artist of the first hour and internationally renowned graffiti on the scene. At seven years Cantwo feels the need to embellish his books and school desks, it customizes with his own illustrations. He made his first experiments bomb in 1983 in his hometown of Mainz, before following an intensive drawing (on paper) with markers and ink. Then, his attraction to urban areas , great characters and walls, becomes too high. Since 1986, Cantwo left graffiti in many cities around the world (New York, Paris, Copenhagen, Barcelona, ​​Rome, etc.). Since the 1990s, Cantwo is a trendsetter in the German and European graffiti scene. His style has influenced many artists and is still on the front of the stage.

Snake is a self-taught artist since the early years 90.C'est in 1989 he began to surf the various urban disciplines of Hip-Hop culture, dance and graffiti in which he found a true artistic and human root. Soon he devoted himself exclusively to drawing in 1990 in which he has always been at ease since his high school enfance.Les tables were his first victims. Multidisciplinary and touch everything he practiced all disciplines and forms of Graffiti, the more technical at the vandal .... The desire to meet and discoveries specific to graffiti, allowed him to travel around the world: Spain, Italy, Switzerland, Belgium, Germany, Holland, Poland, Czechoslovakia, Polynesia, Croatia, United States, Morocco, Tunisia, Portugal, United Kingdom, etc.It was in 1996 that justice caught up with him, following several severe fines, he will bail three months of farms to vandalism on train. Today Snake working various projects under various forms, with large institutional collaborations. It keeps intact a real willingness to work the architecture of the letter. Demonstrate that it is not just a random shape, but a stylistic modern artistic approach that is expressed and defined in the effectiveness of its form and its purity.


"My vision is that the transformation of the city through art which will allow to change the relationship to others and the environment urbain.La real transfiguration of the city of the future will not pass through the construction of large towers, but by the different look that will carry people on their space means vital.Cela highlight places that exist but that people no longer perceive in their quotidien.Le goal is to root in this territory different themes from which it able to write a story. Snake eats today's urban history, to re-inject it into the public space in order to change the points of view because our territory is not used as an object, but also as sujet.La culture, urban planning, architecture must provide the means for artists to reclaim the space being urbain.L'objectif course to speak of it to pass, awaken, rejuvenate and modernize our places of common life through the creation."

Constantly challenged with a thirst to learn, it is also in the privacy of the workshop Snake satisfies his creative work on the spine of Graffiti, letter or message can thus merge into a more approach contemporary.

Born in 1976 and since childhood, SANE2 spends hours drawing at the end of my table as autistic. He meets graffiti by chance in 1992 by flicking a fanzine (black and white photocopied paper Magazine) At this time it is in college and is completely fascinated by this new mode of expression. The HipHop Culture arrived in France as a real "coup charges" far from the current clichés, it is a positive breath for any part of the youth.

So here party, swollen by this forbidden thirst, vandalizing the streets of his city in good savage who respects himself, for a few years. I later discovered the book "Spraycan Art" becomes and remains today for him THE historic benchmark in graffiti with some other works.

All these colors, these dynamic letters, this way of rethinking the alphabet and the world around him ui offers him countless new opportunities! He decided to devote all my energy in 1997 and invested more and more time in this passion, which at the time of wire, becomes a way of life. In 2000, after creating a specialized database graffiti on the internet comes time to professionalization and he created with two colleagues AERO association. Implementation of workshops and other decorations to individuals, businesses and communities will make them take another turn and enrich our meetings!

After a trip to DRESDEN, Germany in 2002, I joined the Bandits Crew who became his second family!

After more than 20 years of graffiti, in the interests of openness to others and the different creative techniques, it broadened its scope by making a few stencils with Artiste Ouvrier. He also participated in several exhibitions and contemporary art sales in 2009 and then throws me in the tattoo through the living room Phunky Buddah.

Independent since he worked as "guest" in CAEN and around different salons tattoos, participates in some conventions and attempts to develop a personal project in his graffiti career.

Born in Montreal in 1986, Fezat is interested in visual art and devotes most of his free time drawing. He developed a style over the years always changing, inspired by his interests in superhero comics, street art and graffiti.

Last in this collection but not least !!

SWET was born in 1971 in Denmark. He experienced his first graffiti in 1985.Since the 80s, SWET has an undeniable presence on the international scene graffiti, influencing new generations with lettering like "wild style".Famous for its animated letters and heads of colorful works, exhibiting in galleries, SWET continues to impress in a scene that is constantly changing.

You can discover the visual below this new collection:

If we speak to you this brand is that this collection "capsule" is EDITIONLIMITEE, (50 copies per shirt)!

There will not be enough for everyone !!!!